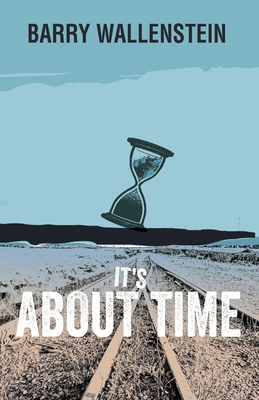 The pun in the title of Barry Wallenstein’s new and eleventh poetry collection, It’s About Time, is that of impending mortality, the diminution of the number of years left for vital living. “The cornucopia is no longer / overflowing” he observes in “Inventory” (17). But it wouldn’t be a Wallenstein book if it weren’t also about the music, specifically jazz, and so, of course, the book is musical in its essence. “Listen to the music,” he exhorts the reader in the ninth and final section of the book:

Please, at the end of my story—
a lament over slaughter,
explosions, slips of order,
background music to all past wars—
don’t say, “small potatoes,”
and if you must mutter warnings,
let them come true but slowly. (117)

Time is not hope, not that thing with feathers, but still, the thing that goes by, rain or shine, the thing that might get you. “Dying is departure art,” he reminds us (“Departure” 103). Yet, any escape is a relief only until the next challenge:

Still do not play dead
on those antique tracks
as they bend around the hills.
flattening capsules of time;
watch for speeding trains
along the parallel bars. (“Time” 16)

This does not make It’s About Time a self-pitying or depressing collection—not at all. “[W]hen my turn comes around, /” Wallenstein writes, “I’ll toast to the times ahead” (“Friends on the Go” 26). It also does not mean that, though of grandfather-level years, physical desire has left:

I could love her right back
and with wit, desire and
artistry

“Gazangas” says it all, evocative, Yiddish, according to the internet, slang for breasts. It’s what he means when he says, “let’s hear the music go sweet” (“Improvisation” 124). Desire is the focus of one of the subsections of the collection, so named:

This far, our lamps’ red wicks
burn on two flames;
slowly they go down
leaving the scent of paraffin,
while the sparks flicker
then glow. (“This Far” 35)

But what Wallenstein is really writing are instructions for living:

Listen to me—a better angel—
your best bet in times of fury,
come winter and the first snow,
make a snowball,
tighten it icy hard
and let it melt in your hands.
.
.
.
Alight on the nearest tree;
see the next person
seated on the branch.
Fly off together
over the lake’s run.
Land and climb back to the branch
alone, and smile like a baby. (“Instructions” 61)

Getting back to the idea of jazz in Wallenstein’s work, his content can be jazzy even when the subject is something other than jazz. “A Pinchpenny” is one of the poems I thought most reflected that voice:

Slim-cat the Skinflint
deprives himself sweets,
walks a mile to save a fare,
tries to squeeze dimes out of pennies,
and he dreams up his own movies,
pops his own corn.
.
.
.
He knows how to flake the flint
’till thin as skin… (63)

And then there’s this:

It’s “the music / that keeps me listening / and in touch with the players.” Wallenstein writes in “Dawdling Past Curfew.” But even here, there’s an awareness of time’s passing. “The past tense makes no sense,” he lyrically laments (105). It’s the final section that most contains jazz as its subject. I found “Albert Ayler at the End of the Day” particularly poignant as it references his presumed suicide in the East River:

At the end of the day
the muted scream silenced
drowned/ hush
pearls for eyes/ yes. (121)

Some sections of It’s About Time reference current events, but not always explicitly. In “The Wasp and Its Target,” for example, Wallenstein writes, “I go down to the village and try to be sweet, / but too wary of moving objects / and the daily news to be truly delicious” (73).

Recent events are referenced most explicitly in two short sections, “Lifeboat” and “Headlines.” The recent event that is the subject of “Lifeboat” is the COVID-19 pandemic:

Confined
I long to look back
on a slice of buckled time.

Sequestered
and protected—yet
the comeuppance may creep in.

It is in this section that dread is most salient. “There’s a bug going ’round / taking names;” he writes in “Plague,” (86). Included here is a persona poem in the voice of the virus, a virus that, after gunning for those older, is not yet done:

There are still the young blades
who can’t imagine my blades,
the brave teens,
toddlers in the pink;
my clipping shears go snip snap. (“COVID Goes a Weeding” 84)

“Headlines” makes more reference to general national politics and the passivity of the country’s citizens:

The partygoers argue but then succumb
to sluggish lingering, while the commanders
are full of certainty and velocity. (“A Broadside” 91)

And in “Solarize the County”:

A human chain circles the power plant,
as citizen’s visualize
how to turn the pipes into windmills
and refine the notion of refinery. (94)

There’s something here for everyone, including an elegy for Nick Johnson, one of the great forefathers of BigCityLit, someone whom many of us in the New York City poetry scene view fondly:

His body conspired
against his self
for a too long lingering while,
and then the connections failed.

If the cycle were different,
he’d come back to us,
put on a clean shirt and tie
and his Trilby hat set at an angle. (“Nick Johnson—a Remembrance” 109)

Ah Nick, we all miss you! And you would have found this book a worthwhile read, as so many others undoubtedly will.

Susana H. Case has authored eight books of poetry, most recently The Damage Done, Broadstone Books, 2022. Dead Shark on the N Train, Broadstone Books, 2020 won a Pinnacle Book Award for Best Poetry Book, a NYC Big Book Award Distinguished Favorite, and was a finalist for the Eric Hoffer Book Award. The first of her five chapbooks, The Scottish Café, Slapering Hol Press, was re-released in a dual-language English-Polish version, Kawiarnia Szkocka by Opole University Press. She co-edited, with Margo Taft Stever, the anthology I Wanna Be Loved by You: Poems on Marilyn Monroe, Milk and Cake Press, 2022. Case worked several decades as a university professor and program coordinator in New York City and currently is a co-editor of Slapering Hol Press. http://www.susanahcase.com/.