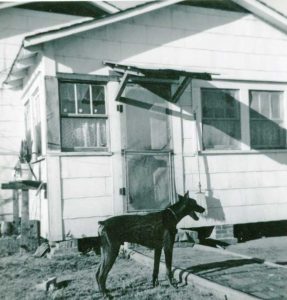 One day my brother, Bob, tied him to his bicycle –
when Prince tried to escape
the bicycle followed
I witnessed his terror

Chocolate Waters began writing poems when she was eight. Called “the Poet Laureate of Hell’s Kitchen,” she has received many grants and fellowships, produced four books and been published hundreds of times in both print and on-line journals. Her latest collection, Poetry Slut/Poetry Saint, will be produced by Eggplant Press next year. The Greatest Hits of Chocolate Waters, a “Sapphic Classic” chosen by Sinister Wisdom (the longest-running Lesbian magazine in the U.S.) will appear sometime in 2022.